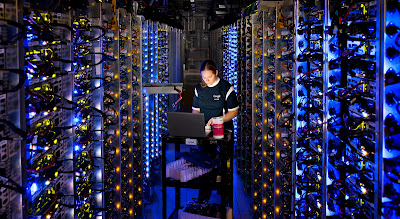 In this tutorial I will describe the required steps for setting up a distributed, multi-node Apache Hadoopcluster backed by the Hadoop Distributed File System (HDFS), running on CentOS Linux.

Hadoop is a framework written in Java for running applications on large clusters of commodity hardware and incorporates features similar to those of the Google File System (GFS) and of the MapReducecomputing paradigm. Hadoop’s HDFS is a highly fault-tolerant distributed file system and, like Hadoop in general, designed to be deployed on low-cost hardware. It provides high throughput access to
In a previous tutorial, I described how to setup up a Hadoop single-node cluster on an CentOS box. The main goal of this tutorial is to get a more sophisticated Hadoop installation up and running, namely building a multi-node cluster using two CentOS boxes.
This tutorial has been tested with the following software versions:

The Apache Hadoop software library is a framework that allows for the distributed processing of large data sets across clusters of computers using simple programming models.

Our earlier article about hadoop was describing to how to setup single node cluster. This article will help you for step by

After extracting java archive file, we just need to setup to use newer version of java using alternatives. Use the following commands to do it.

Use following command to check which version of java is currently being used by system.

Most of java based application’s uses environment variables to work. Use following commands to setup it.

Edit /etc/hosts file on all master and slave servers and add following entries.

Its required to set up hadoop user to ssh itself without password. Use following commands to confiure auto login between all hadoop cluster servers..

Download hadoop latest available version from its official site at hadoop-master server only.

After updating above configuration, we need to copy the source files to all slaves servers.

Go to hadoop source folder on hadoop-master and do following settings.