Neo4j is an open-source graph database, implemented in Java.The developers describe Neo4j as "embedded, disk-based, fully transactional Java persistence engine that stores data structured in graphs rather than in tables". Neo4j is the most popular graph database

Neo4j is an open-source graph database supported by Neo Technology. Neo4j stores data in nodes and relationships with properties on both are connected by directed(-> or <- or -).

What is a Graph Database?

A graph database stores data in a graph, the most generic of data structures, capable of elegantly representing any kind of data in a highly accessible way. 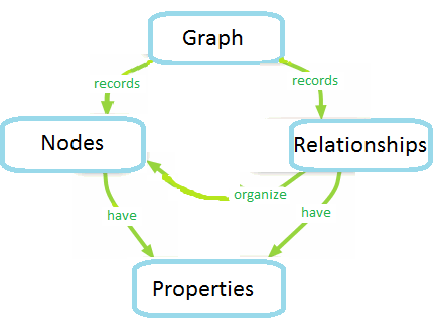 A graph having different records(nodes and relations), A node and relation have different properties, the relationship organizes the nodes
Posted by Unknown at 12:51 No comments:

The most extensive support is provided for Java functions. You can customize all parts of the processing including data load/store, column transformation, and aggregation. Java functions are also more efficient because they are implemented in the same language as Pig and because additional interfaces are supported such as the Algebraic Interface and the Accumulator Interface.


Limited support is provided for Python, JavaScript, Ruby and Groovy functions. These functions are new, still evolving, additions to the system. Currently only the basic interface is supported; load/store functions are not supported. Furthermore, JavaScript, Ruby and Groovy are provided as experimental features because they did not go through the same amount of testing as Java or Python. At runtime note that Pig will automatically detect the usage of a scripting UDF in the Pig script and will automatically ship the corresponding scripting jar, either Jython, Rhino, JRuby or Groovy-all, to the backend.

Pig’s Java UDF extends functionalities of EvalFunc. This abstract class have an abstract method “exec” which user needs to implement in concrete class with appropriate functionality. 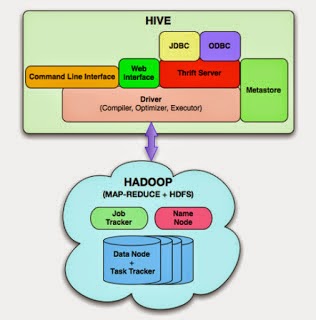 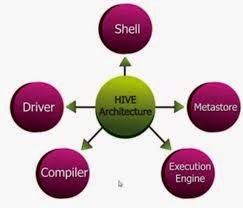 Apache Pig and Hive are two projects that layer on top of Hadoop, and provide a higher-level language for using Hadoop's MapReduce library. Apache Pig provides a scripting language for describing operations like reading, filtering, transforming, joining, and writing data -- exactly the operations that MapReduce was originally designed for. Rather than expressing these operations in thousands of lines of Java code that uses MapReduce directly, Pig lets users express them in a language not unlike a bash or perl script. Pig is excellent for prototyping and rapidly developing MapReduce-based jobs, as opposed to coding MapReduce jobs in Java itself.
If Pig is "Scripting for Hadoop", then Hive is "SQL queries for Hadoop". Apache Hive offers an even more specific and higher-level language, for querying data by running Hadoop jobs, rather than directly scripting step-by-step the operation of several MapReduce jobs on Hadoop. The language is, by design, extremely SQL-like. Hive is still intended as a tool for long-running batch-oriented queries over massive data; it's not "real-time" in any sense. Hive is an excellent tool for analysts and business development types who are accustomed to SQL-like queries and Business Intelligence systems; it will let them easily leverage your shiny new Hadoop cluster to perform ad-hoc queries or generate report data across data stored in storage systems mentioned above.

Q) How to find the number of occurrences of the words in a file using the pig script?

You can find the famous word count example written in map reduce programs in apache website. Here we will write a simple pig script for the word count problem.

The following pig script finds the number of times a word repeated in  a file:

The above pig script, first splits each line into words using the TOKENIZE operator. The tokenize function creates a bag of words. Using the FLATTEN function, the bag is converted into a tuple. In the third statement, the words are grouped together so that the count can be computed which is done in fourth statement.

You can see just with 5 lines of pig program, we have solved the word count problem very easily.